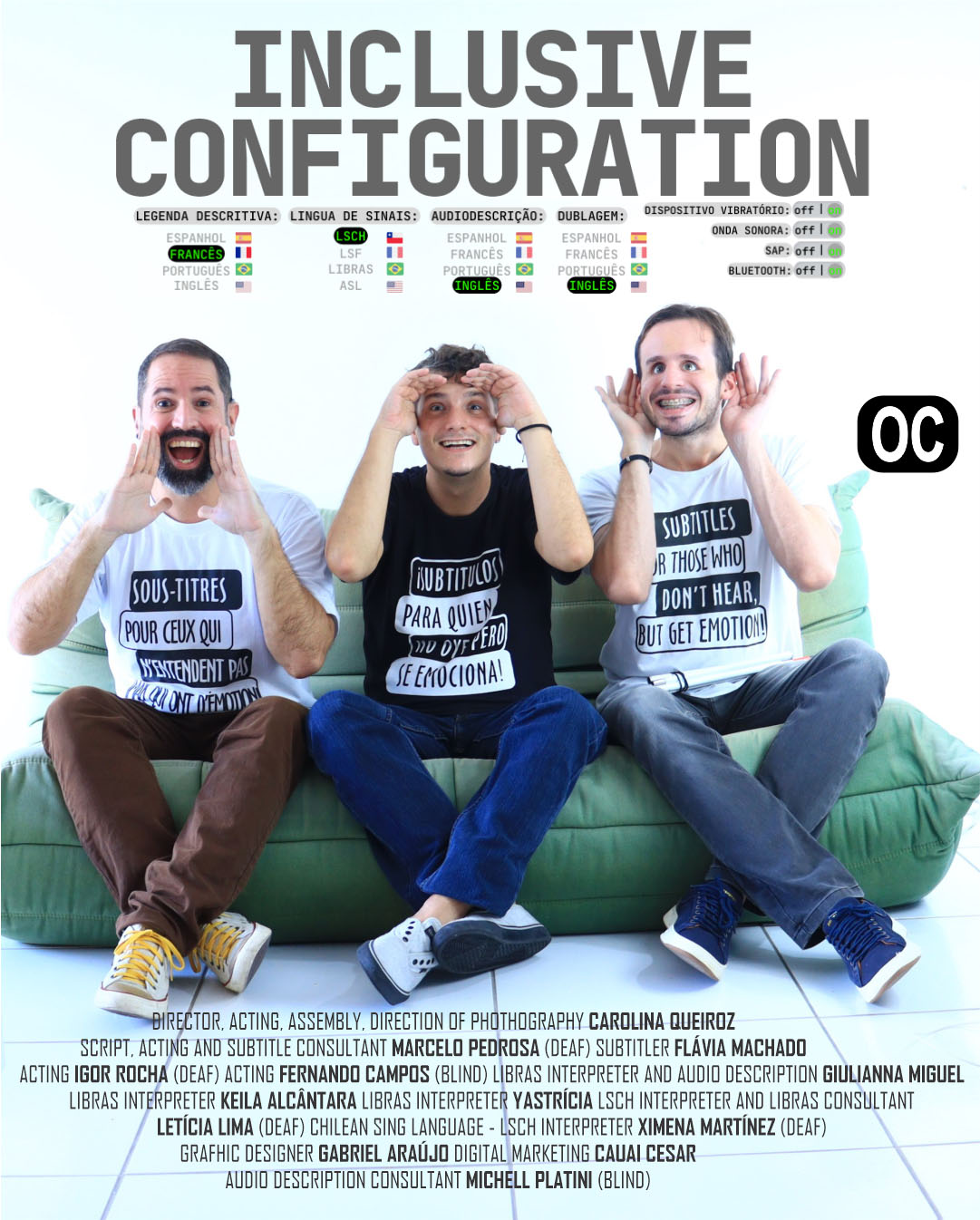 The film portrays the daily lives of people with sensory disabilities and the relationship with assistive technologies, opening an inclusive look at the accessible configuration on streaming platforms.

Comments:
The creator of Legenda Nacional was contemplated with an award in the Edict of Fruition of the Aldir Blanc Law of 2021. The money was used to cover the costs with the production of the short film.

The aim is to show that there is no inclusive configuration on the available streaming platforms.